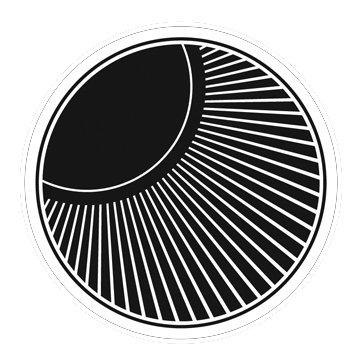 At Blackened Sun we are passionate about making great beer in its purest form, un-chemicalised, un-fined, un-pasteurized and unfiltered. This method of brewing is at the heart of the Blackened Sun brewing ethos.

The 1st process when brewing is extracting the sugars from the malted barley (known as grain). This is simply achieved by mixing the pre-crushed grain with hot water. This creates a thick porridge like substance known as the ‘mash’. The hot water releases the starches in the grain which are converted to sugars. The mashing process for us can last between 90 to 240 minutes depending on the beer we intend to produce.

Once the mash is complete, we move onto sparging and lautering. This is when we remove the liquid from the mash, now known as ‘wort’, leaving all the solids behind. The wort is run off from the mash into the boil kettle, known as lautering. At this point we add more hot water to the mash, washing more sugars and starches from the grain, while continuing the lautering process. This stage is known as sparging. The process is complete when you have the desired amount of wort in the boil kettle.

Now the wort is heated to boiling in the kettle. This sterilises the wort and balances the amount of sugar that will be available for fermentation. At this point we start to add hops. Adding hops early in the boil creates bitterness, later additions of hops are for flavour and aroma. At Blackened Sun we generally boil the wort for 60 mins.

When the boil is complete, we cool the wort and transfer to a fermentation vessel. This is when we add the yeast. Yeast plays one of the most important parts of the brewing process, turning the sugars in the wort to alcohol, thus creating the beer.

The billions of yeast cells added eat the sugar and produce alcohol and CO2. Adding different varieties of yeasts create different flavours. Each yeast variety we use has its own unique flavour.

Once fermentation is complete we let the yeast sit in the beer for a few days. This is so the yeast, which has finished its job, can re-absorb some of the unwanted compounds produced during fermentation. The last thing we want is off flavours in our beer. We then chill the fermenter down to 0°C for several days. This drops the finished yeast to the bottom of the fermenter, removing the vast majority of its particles from the beer.

This is the last stage of our process. We package our finished beer into bottles, kegs and casks. At this point the small amount of yeast remaining in the beer consumes some of the remaining sugars to produce CO2 – naturally carbonating the beer.

OUR BEERS
OUR ETHOS
TAP ROOM